Open letter in Le Devoir: Exclusion Is a Weapon of Mass Destruction 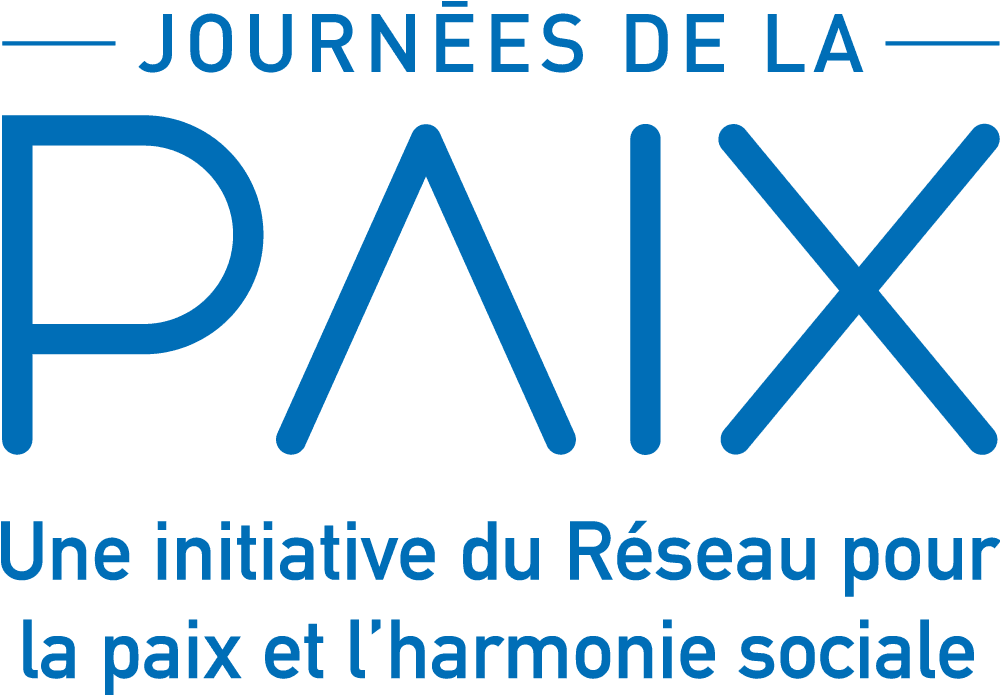 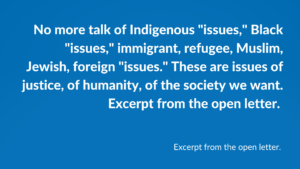 On April 21, 2022, the “Forum on Diversity and Inclusion: Uniting to Strengthen the Field” began with a speech by the Honourable Senator Michèle Audette. On April 22, 2022, the Forum concluded with a plenary  address given by the Right Honourable Michaëlle Jean, former Governor General of Canada.

To mark the launch of the Forum and to denounce the issues of systemic exclusion, discrimination and racism, these two speakers co-wrote an open letter published in Le Devoir on April 21, 2022.

More than 200 people from over 100 organizations gathered together on April 21 and 22 at an event organized by the Peace Network for Social Harmony, in partnership with the Montreal Museum of Fine Arts, entitled “Forum on Diversity and Inclusion: Uniting to Strengthen the Field.”

The event called for uniting our efforts at this critical juncture.

Exclusion and racism as a mentality in corporations, in the workplace, even in our public institutions — hence the “systemic” designation, a disturbing but no less real and dramatic characterization — undermine and destroy lives.

Our thoughts are with Joyce Echaquan, her children, her husband and her family, and so many others.

For years, numerous reports and investigations have laid out reams of damning evidence. The list of complaints, abuses and unfair treatment gets longer and longer.

Still, the denial persists, up to the highest spheres, to the point of insult. Because it is indeed an insult to ask those who testify to the reality to keep silent.

Be that as it may, we believe stonewalling is not only part of the problem, but it also makes it worse. Exclusion is violence. We must recognize its devastating impacts.

Both of us are from populations most affected by this violence, which primarily and severely affects Aboriginal and Black communities. The data collected by Statistics Canada confirm this.

Look who’s talking, you might say: one was the 27th Governor General of Canada, the other is a Senator.

Don’t be fooled: we have experienced discrimination and exclusion in the flesh, throughout our lives. We know the bite and humiliation of it. We and our children can still feel the indignation and anger that comes of it.

We too have eyes to see, and we take the time to listen. Words do not fail us when we speak about what marginalizes, puts in harm’s way, exposes to all manners of risks, destroys dreams and aspirations, generates shame, drags down the spiral of helplessness, despair, and death.

How many times have we had to rebuild ourselves… We, the dispossessed, robbed of our humanity, whom colonialism sought to decerebrate, calling us savages, brutes and chattels, in short, obviously from an inferior race.

Yet, we resisted and survived. We know the power that rose from our struggles and achievements.

But no one comes out unscathed from centuries of atrocities. Today’s racism still reeks of yesterday’s racism. Take it from us: racism is here, including in the institutions that keep us at the margins, and trample our rights.

Eradicating the problem, which we relentlessly describe and explain — and just know that this drains us at times — must be everyone’s business, including the powers that be and decision-makers.

This is all the more important that the social cost of exclusion creates a major deficit for society as a whole.

It is high time to realize that our demands are for the common good, and in the general interest.

What we are essentially saying is that we need to tackle this collectively, and bravely. The old ruts get in the way of dialogue.

To think that naming the problem is divisive, and therefore unacceptable, is to miss out on so many sensitivities, on so much suffering that must be acknowledged so that lessons learned help us do better.

Let us work in an inclusive, collaborative and responsible fashion: community organizations, academic institutions, artistic and cultural organizations, youth and women activists, public and private sectors together, prioritizing key areas, such as justice, education and health.

At last, let us be partners in this fight. For it is one we will be proud to have joined, for so many reasons.

No more talk of Indigenous “issues,” Black “issues,” immigrant, refugee, Muslim, Jewish, foreign “issues.” These are issues of justice, of humanity, of the society we want.