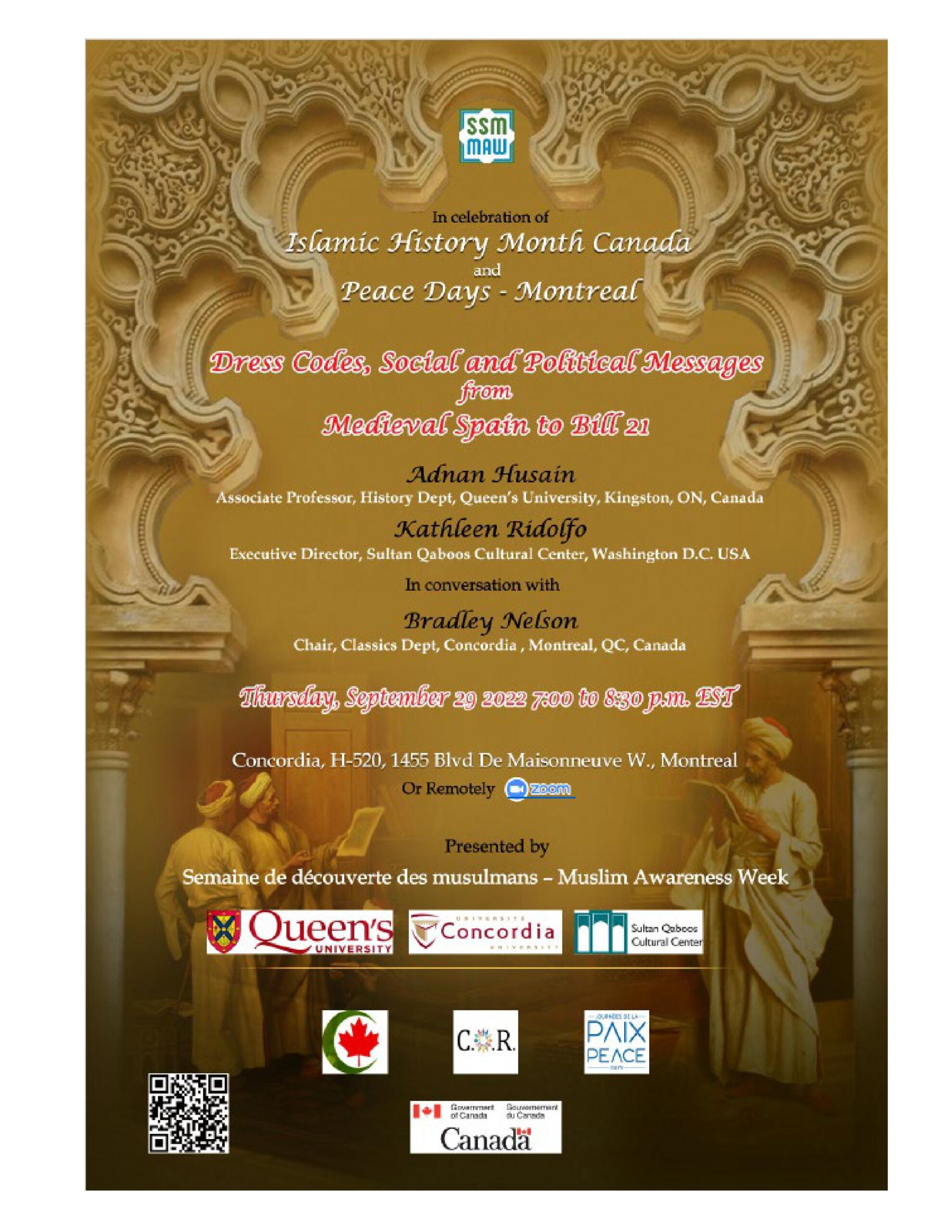 Description: For centuries, clothing has been a wearable status symbol, and fashion an important identity marker. Three distinguished panellists reflect on the cultural significance of attire, during turning historical points, from medieval Spain to present times Sultanate of Oman dress recommendations to Bill 21.

Adnan Husain, Director, School of Religion, Queen’s University, Kingston: His talk will examine the connection between dress and appearance with ethnic, religious, and social group identity, from medieval times to the present day, Bill 21. In particular, he will focus on how social hierarchies, inclusion and exclusion, were managed through clothing and cultural practices in Spain after the forcible conversion of Jews and Muslims to Christianity.

Bradley Nelson, Chair, Classics Dept, Concordia, Montréal: His talk will examine how for centuries Spanish literature and identity have exhibited an ambivalent relationship with the Arabic other, who first arrived on the Iberian Peninsula in 711 CE. In particular, he will focus on how the Spanish empire reacted against the Arab survivors’ (Moriscos) attempts to maintain their culture and society through increasing isolation and eventual expulsion in 1609.

Kathleen Ridolfo, Executive Director, Sultan Qaboos Cultural Center in Washington, D.C.: Her talk will examine how The Sultan of Oman is promoting an Arab/Omani identity by making the recent recommendations for male government employees to proudly adopt traditional attire (the dishdasha and Omani turban). She will also give examples of special cultural manifestations at the Sultan Qaboos Cultural Center.

A cultural exchange, moderated by Bradley Nelson will follow the presentations.

Attendees are encouraged to wear, with pride, their traditional/national attire. 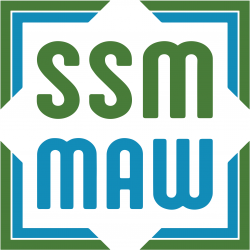