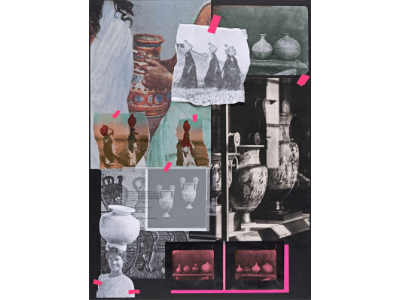 As part of the 16th edition of MOMENTA | Biennale de l’image, the Montreal Museum of Fine Arts (MMFA) presents, in a Quebec premiere, the works of Alinka Echeverría. This Mexican-British artist will revisit her Nicephora project, developed during her research residency at the Musée Nicéphore Niépce in 2015. This body of works brings a critical eye to the issues around the representation of women in photography. Based on the colonial archives of the French museum, Nicephora re-frames the legacy of white, male pioneer of photography Nicéphore Niépce from a feminist perspective. Echeverría sets up a conversation between vases and these representations of women. She connects to the vase a metaphorical and critical dimension that evokes the objectification of women, by its form and function.