Screening of the film “In a Better World” and discussion 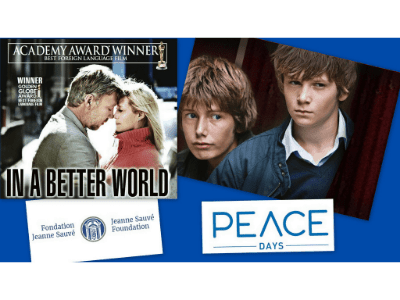 Come to the screening of the 2010 drama, “In a Better World,” directed by Suzanne Bier and written by award-winning screenwriter Anders Thomas Jensen. The film’s Danish title is Hævnen, which means “revenge”.  It won both the 2011 Golden Globe Award and the Oscar for Best Foreign Language Film. Following the screening, the audience will participate in a discussion on the theme of non-violence as presented in the movie.